The Droids are Among Us: AI Portends a Dystopian Future 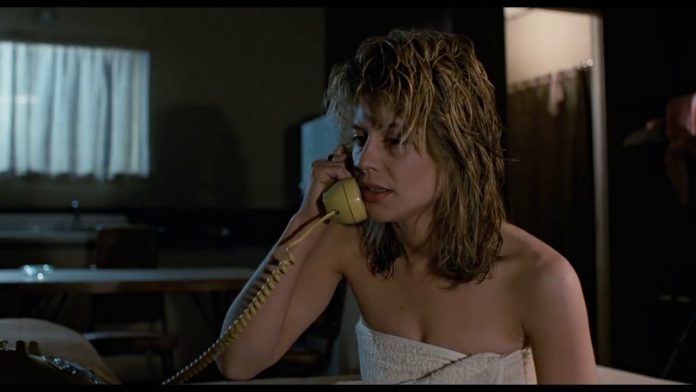 Last night I was on YouTube when a commercial popped up for an AI (artificial intelligence) generated voice-over service. Thirty seconds in, the voice tells you it’s a robot. This was nothing like Amazon’s Alexa, the annoying bimbo bot I hear when I go to my friend Matt’s house. This voice was indistinguishable from a human’s, with life-like inflections and cadence. You’d swear it was a living, breathing being with a heart pumping blood through a body. It reminded me of the scene from The Terminator where Sarah Connor talks on the phone with her mother, but we see that it’s really the Terminator in disguise.

The world’s awash in fake people, with more and more of our daily interactions taking place with non-humans. There are fake social media pages, fake dating profiles, and chat bots commenting on articles, to name a few. Here’s a frightening New York Times story about fake humans generated by AI. I feel like Rick Deckard, the robot-chasing bounty hunter from Blade Runner, when I’m reading a post online or looking at a photo, trying to figure out if it’s a real person.

Everyday we see news stories about AI programs outperforming humans, whether it’s reading contracts better than lawyers, or diagnosing cancer more accurately than doctors. We’re all living in The Ballad of John Henry now, as we compete with machines for our jobs. Don’t get me wrong. I’m no Luddite. I’m pro-technology. But there’s a dark side to the AI revolution. It’s sending a message of human obsolescence. Technology isn’t just serving humanity; it seems to be replacing it.

Huge swaths of workers have already been eliminated by automation. And no occupation is safe. Medical transcription has been mostly automated by voice recognition software. Last November, toll collectors on the New York State Thruway (where I live) were replaced by high-tech cameras that snap pictures of license plates so drivers can be billed by mail. There’s something comforting about seeing a live human when you pull up to a toll plaza at 2 AM on a wintry night after a long drive. But that’s gone forever, in the name of technological progress.

The coronavirus pandemic has only turbocharged this transition as businesses look to automation amid worker health concerns. Think about the future. What happens to truck drivers when the vehicles are driving themselves? Or manufacturing workers when 3-D printing is creating our products? A massive tsunami of technologically-driven unemployment could be in our future.

Politicians know there’s a problem. I think the government stimulus of the last year is a bridge to universal basic income. But even if Uncle Sam can pay everyone to not work, there is something depressing about knowing the world doesn’t need you. I’m not sure that’s the life I want.

The AI revolution begs a bigger question: what does it mean to be human? Are we merely meat robots, or is there a ghost in the machine? Are human minds doing something computers won’t ever be able to do?

In the meantime, the robots walk among us as we race toward the singularity. I can envision a time in the future, 50 or 100 years from now, when you’re at a bar talking to that attractive guy or gal. And you think to yourself, I like this person. But I wonder, are they human?

Henry Peterson is a jazz piano player hobo from Central New York and blogger at GoGonzoJournal.com