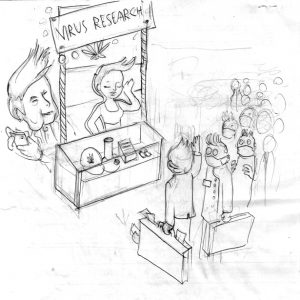 President Trump is gone from office and he has left a long line of enemies behind him. His arrogant attitude and diverse followers have really aggravated so many people. The supposed insurrection was perhaps caused by his flagrant rallying speeches? Well, that is the claims of his enemies and the people that have impeached him for the second time. President Trump was in a way someone that was too demanding and did not know how to speak to people. One can only imagine how he implemented many of his programs. One thing is for sure: he certainly had many turnovers in staffing at the White House. But how did he really do?

President Trump is known as a hard-driving businessman, although many of his enemies consider him a failure? So let’s just examine one of his programs: Operation Warp Speed. Does President Trump deserve the credit for implementing this first-of-its-kind private-public project? ProPublica, a non-profit, not necessarily a non-partisan news agency, published a headline as follows: “How Operation Warp Speed Created Vaccination Chaos”. The story was published on January 19, 2021, @ 10:20 am. As of Sunday, March 7, 2021, about 58.9 million people have received at least one dose of a Covid-19 virus vaccine, including about 30.7 million people who have been fully vaccinated, according to the C.D.C. Providers are administering about 2.16 million doses per day on average. Now, who should get credit for that?

First, utilizing public funds to develop a vaccine with a corporation that will profit from creating a vaccine is very controversial. Tax-payer money given to a company is so risky. So how did it happen so quickly? A vaccine from Moderna, Johnson & Johnson, Pfizer, one on the way from Novartis, more from others as well. Maybe we should wonder if having a businessman in the office of Presidency at this moment in the history of the pandemic was really such a bad thing.

Let’s take a look at the information released and the projection of when the first vaccines would be available. The White House in May 2020 said we would have the virus vaccine by January. They were totally wrong. We had it a week after the election in November. Don’t believe Newsweed, just check the facts from HHS.gov. Here is what was published last year on May 15, 2021. Can we hear back from ProPublica?

Dr. Slaoui is a venture capitalist and, formerly, Chairman of Global Research and Development and Chairman of Global Vaccines at GlaxoSmithKline, where he led the development of five major novel vaccines. As the four-star general in charge of the U.S. Army Materiel Command, General Perna oversees the global supply chain and installation and materiel readiness for the U.S. Army, including more than 190,000 military, civilian, and contract employees.

Among its other objectives, Operation Warp Speed aims to have substantial quantities of a safe and effective vaccine available for Americans by January 2021.

“President Trump’s vision for a vaccine by January 2021 will be one of the greatest scientific and humanitarian accomplishments in history, and this is the team that can get it done,” said HHS Secretary Alex Azar. “Dr. Slaoui and General Perna are ideal leaders for this unprecedented effort to get vaccines, therapeutics, and diagnostics to American patients much faster than ever before. Since January, America’s scientists and innovators have been working day and night on this national effort. President Trump has refused to accept business-as-usual timelines for vaccines and other essential tools and instead has insisted that America, and the world, need answers faster. Under the President’s leadership, his administration and American industry will squeeze every last inefficiency out of the process and pour every resource we can into this effort.”

“In addition to deploying 62,000 military service members in direct support of fighting COVID-19 on frontlines across the globe, the Department of Defense is racing towards a vaccine,” said Defense Secretary Mark T. Esper. “Through our research and development labs such as DARPA and the Defense Health Agency, and our massive logistical knowledge and capacity, we are committed to achieving the goal of Operation Warp Speed for the American people. I am confident that, as with any mission our military undertakes, we will adapt and overcome all obstacles in our path.”

The Department of the Defense (DoD) has identified subject matter experts to lead DoD support for five areas, including:

Dr. Slaoui is, most recently, a Partner at Medicxi Venture Capital and serves as the Chairman of the Board at Galvani, a bioelectronics R&D company company jointly owned by GlaxoSmithKline (GSK) and Verily Life Sciences. As Chairman of GSK R&D, Dr. Slaoui led a restructuring to improve focus on innovation and productivity. As Chairman of Global Vaccines, Dr. Slaoui was directly involved in the company’s vaccine pipeline, which led the industry during his time, with the broadest portfolio of vaccines of any company—48—and the creation of 14 new vaccines in ten years. Dr. Slaoui led the development of a number of novel vaccines, including Cervarix, to prevent cervical cancer; Mosquirix, a candidate to prevent malaria; Rotarix, to prevent rotavirus gastroenteritis; Shingrix, to prevent shingles; and Synflorix, to prevent pneumococcal disease.

Among other honors, in 2016, Dr. Slaoui was recognized as one of Fortune’s 50 Greatest World Leaders for his work in under-researched diseases common in the developing world, served on the Advisory Committee to the Director of the NIH from 2011 to 2016, and has advised U.S. President’s Council of Advisors on Science and Technology.

Dr. Slaoui holds a Ph.D. in Molecular Biology and Immunology from the Université Libre de Bruxelles, in Belgium; completed postdoctoral studies at Harvard Medical School and Tufts University School of Medicine; and has been a professor of Immunology at the University of Mons, Belgium.

General Gustave F. Perna – PDF assumed duties as the 19th Commander of the U.S. Army Materiel Command (AMC) 30 September 2016. General Perna served for two years as the Army’s Deputy Chief of Staff, G-4 in his previous assignment. He oversaw policies and procedures used by all Army logisticians throughout the world. Prior to joining the Army staff he served for two years as Deputy Chief of Staff, G-3/4, U.S. Army Materiel Command, one of the Army’s largest commands with 190,000 military, civilian and contractor employees, impacting all 50 states and 152 countries. 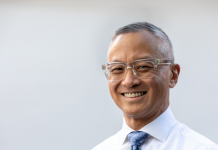 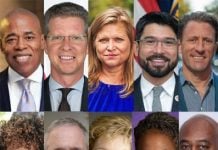